After the Military, Finding Happiness in Health Insurance 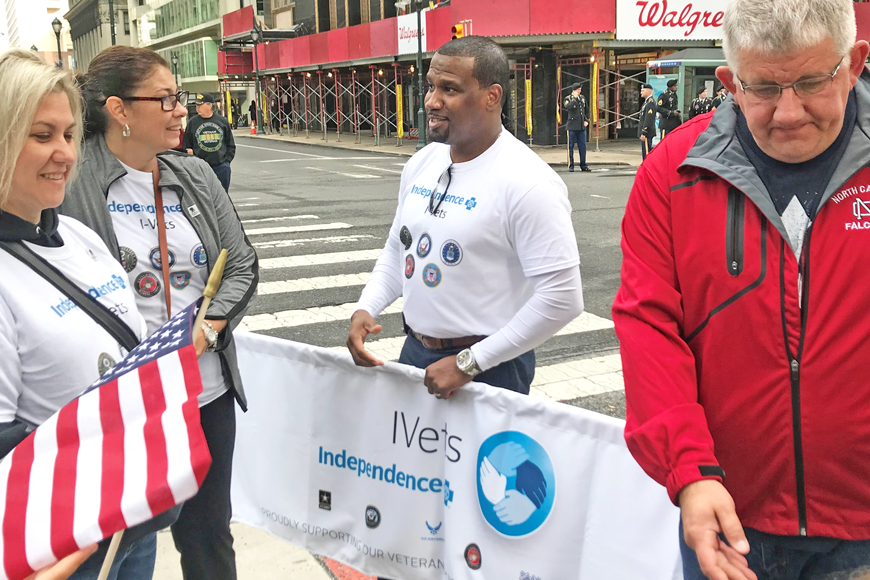 We can’t always predict our career path, particularly when going from military to civilian life. But with a little networking, and some support from fellow veterans, you may find a career that uses all of the skills you picked up on the way.

When I was 18, I enlisted in the army as an M1A1 Systems Turret Mechanic. As a kid, I dabbled a lot in electronics, and it was something I still loved doing. After a couple of years, I was deployed in one of the first units sent to Bosnia. When my unit was short-staffed for military police officers, I stepped up. For two years, I rotated between Bosnia and then Macedonia and was nominated for an award for the Army Silver Star.

I was in the best shape of my life: 250 pounds and five percent body fat. One night, I was called to a domestic disturbance. I turned my back for a split second, and I was severely injured. I was medically discharged soon after that, and told that I wouldn’t be able to use my left hand for the rest of my life.

Finding a Silver Lining in Philly

I went from being a leader, kicking butt and taking names, to needing help. Even worse, I had planned to pursue a job with the Secret Service, as they were recruiting us right out the military. But I couldn’t take a job with them now, because I didn’t have the use of both hands.

So I got a job as a security officer in Philadelphia. Within a year, I rose up the ranks to became a Director of Security. Ten years later, I had a staff of 300 and worked nonstop. I was a man married to my job, and I was burning myself out.

One day, my heart started beating so fast that I drove myself to the hospital, where I was diagnosed with atrial fibrillation. While I had been fit in the military, the combination of long hours, stress, and my newfound love for Philly cheesesteaks finally got to me. For the second time in my life, my work had landed me in the hospital. Things had to change.

Taking a Gamble On Myself…and the Insurance Industry

I started taking night classes. I enjoyed them so much that I took a gamble on myself and enrolled full time in Temple’s Risk Management and Insurance program. It was at Temple that I learned how to network. I also learned the value of support from other veterans.

I joined the Temple Veterans Association (TVA), which helps veteran students prepare for their careers. I was about to graduate, with multiple job offers on the table, when the IVets group at Independence Blue Cross invited the TVA to participate in one of their recruitment events. I thought, “Why not?”

At the time, the president of IVets was Chris Deery, a retired Army Captain and the manager of the Corporate Fraud Investigations Department (CFID) at Independence, which detects and investigates waste, fraud, and abuse in the health care industry. I was impressed both with Chris and with IVets and what they were doing for the veteran community.

Chris was speaking my language, especially when he mentioned working with the feds. I had missed my chance to become a federal agent when I hurt my hand, but this looked like a second chance. I gave him my resume and told him, “I think I can be an asset to your team.”

Health care fraud investigators detect, investigate, and remediate incidents of fraud, waste, and abuse arising in connection with medical, behavioral, dental, and other heath care services. We refer these incidents to law enforcement as appropriate. I work with a variety of federal agencies, including the Drug Enforcement Administration (DEA), to identify and address a range of frauds and abuses. In 2013, the CFID team was able to recover $65.8 million.

Not only do I love my work, it leaves me with the ability to spend time with my family and work toward my master’s degree in Corporate Fraud from LaSalle University. I also get to participate in another one of my passions: helping veterans. I now run the recruitment events as the IVets vice president.

Independence is actually increasing the frequency of veteran recruitment events and including family members. When military personnel relocate, their family members need to find jobs, too. We’re trying to be a company that helps veterans relocate and situate themselves, their spouses, and their dependents.

Do I still get stressed? Sometimes, but it’s manageable. Because I’m growing, learning, and doing a job I love.

Glenn Forté Jr. is currently a Healthcare Fraud Investigator for Independence Blue Cross. He is a veteran of the United States Army and is an advocate for the veteran’s community. Glenn continues to volunteer and mentor veterans. As a veteran himself, he developed a deep passion to help homeless veterans and help veterans rejoin the workforce. He holds a Bachelor’s degree in Risk Management & Insurance from Temple University and will receive his Master’s in Corporate Fraud from LaSalle University, May 2018. Glenn is a family man and is inspired by his wife and new son, to be the best he can be for his family.