Facing Alzheimer’s Disease as a Patient or Caregiver 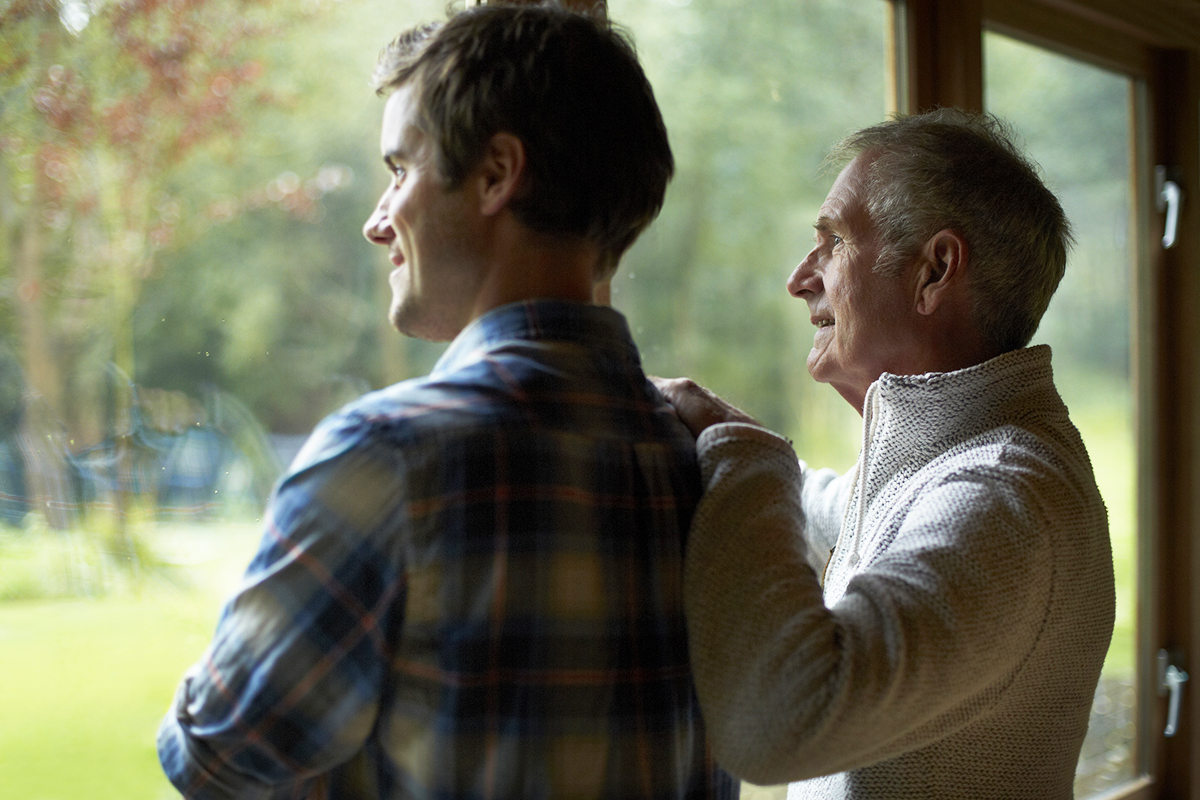 Did you know that…

Because it is becoming more prevalent as the U.S. population ages, we should all understand this disease and get involved in finding a way to fight it.

My First Experience with Alzheimer’s

I still remember the first time I interviewed a patient with Alzheimer’s disease. I was a medical student — a confident newbie — just learning the skills it takes to obtain a good medical history. I sat in the exam room with a lovely, immaculately-dressed, older woman, who told me she was as “fit as a fiddle,” didn’t take any medication, and hadn’t ever had surgery. Sure, she didn’t have answers to everything, and she’d frequently say, “Oh, I don’t keep track of that anymore,” or “That’s my son’s job.” I didn’t address her son who sat quietly next to her.

As the interview went on I began to suspect that her diagnosis of dementia had been an error. When I left the exam room, I proudly announced my concerns to her neurologist because, as I saw it, she looked and acted “normal” and answered most of my questions properly. It is fair to say that I was swept up in her mastery of social grace. The neurologist asked me to return with him to the room several hours later.

To my utter shock, the patient did not remember me or our interview at all when I returned. I then watched the neurologist ask the same questions in a different way, specifically testing her cognitive status and involving her son, her Alzheimer’s caregiver. I was amazed to learn that she had multiple diagnoses besides Alzheimer’s disease, took five different medications (they were in a bag by her side), had several surgeries in her life, and lived with her children, who managed everything for her — like shopping, cooking, and getting dressed. As we left the room, the neurologist said, “I hope you learned something from this patient. Dementia can fool a patient, family members, and even doctors.”

This experience was one of many that prompted me to focus my study on geriatrics. During my years of clinical work, I frequently interacted with patients with dementia. With each meeting, I gained a better understanding of the disease and how important and hard-working the Alzheimer’s caregiver is.

“Is the fact that I can’t remember something a sign of normal aging or Alzheimer’s disease?” That’s the first question I often receive from patients who are concerned. Because Alzheimer’s disease has become so mainstream, many patients fear it, hoping their condition is nothing more than classic forgetfulness. While a true diagnosis can be scary, it is the first step in getting the most appropriate care. The advice I give patients is two-fold.

First, find a physician you trust. Speak with your primary care physician, who can either guide you through the diagnosis and treatment options or refer you to a specialist who focuses on Alzheimer’s disease. Philadelphia is lucky to have several top-level academic institutions that provide state-of-the-art care and Alzheimer’s research.

Second, find resources that provide reliable information about Alzheimer’s disease, including treatment options, current research, and caregiver support groups. My personal favorite is the Alzheimer’s Association, the world’s leading voluntary health organization in Alzheimer’s care, support, and research. Read up on ten warning signs of the disease, whether your memory loss fits the symptoms, the stages of Alzheimer’s stages, and treatments. Make a list of questions to bring to your physician when you go for a consultation.

Support for the Alzheimer’s Caregiver

From the family’s perspective, the question is always, “How do I take care of this person?” Again, the Alzheimer’s Association is a treasure trove of advice and help for caregivers. Among other resources, they offer a 24/7 telephone helpline, local support groups, and an Alzheimer’s caregiver guide filled with tips and training opportunities.

One of my all-time favorite books I recommended to Alzheimer’s caregivers is The 36-Hour Day by Nancy Mace and Peter Rabins. Revised in 2006 for its 25th anniversary, this resource for families caring for people with Alzheimer’s disease offers comfort, practical advice, and support.

Caregiver issues are truly at the heart of good care for patients with Alzheimer’s disease. Just as it takes a village to raise a child, it requires the same to care for someone with dementia. Families cannot do it alone, and physicians may not be able to provide all the information.

Join the Fight Against Alzheimer’s Disease

Even if you don’t currently know someone with Alzheimer’s disease, the numbers are on the rise. The prevalence of it requires us all to understand it better and get involved in finding a way to fight it. The Alzheimer’s Association details multiple opportunities.

A good place to start is by joining the annual Alzheimer Association’s Walk to End Alzheimer’s. Every walker, and every step, makes a difference.

I joined Independence Blue Cross in 2015 after practicing Geriatrics for nearly 30 years. In my current role I function as the medical liaison to our Government markets team, serving as a subject matter expert on clinical medicine and healthcare delivery. What I love about my position is the opportunity to help an entire population of people through the benefits of their health plan.