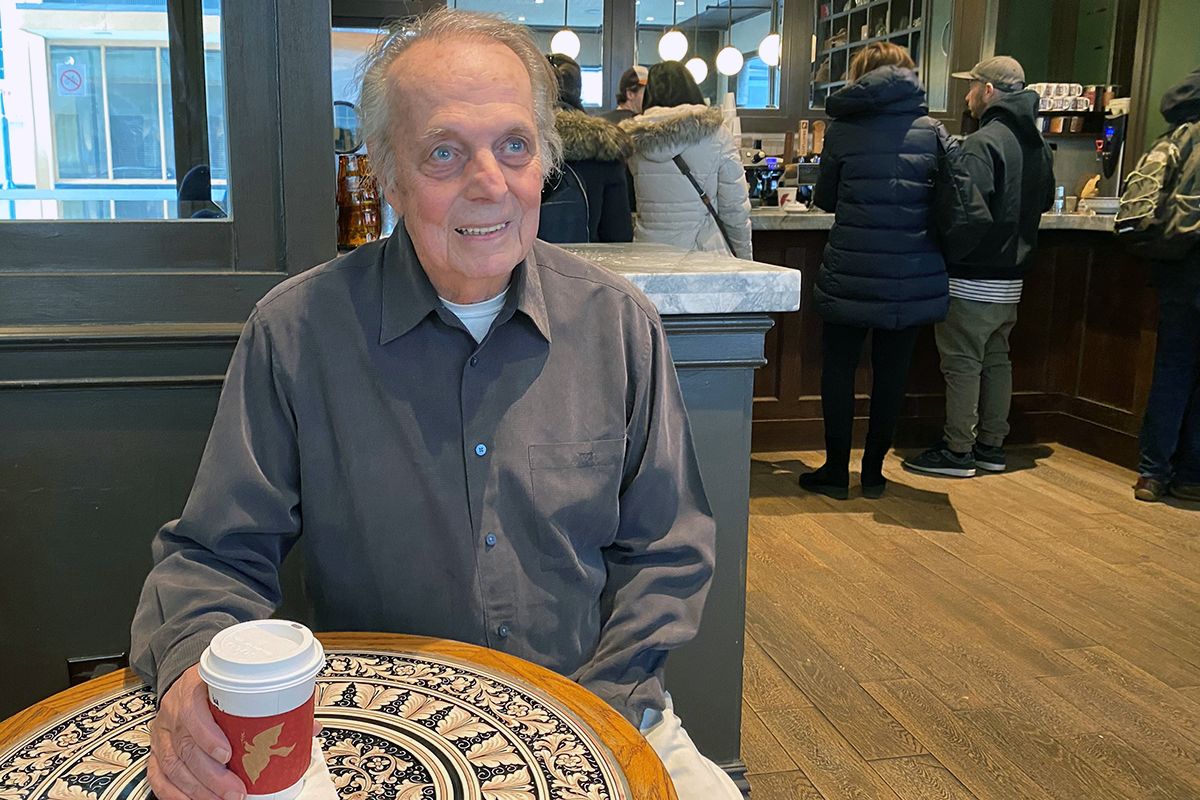 This photo was taken during a conversation with Rich prior to the pandemic.

This story was written before the COVID-19 pandemic and subsequent travel restrictions. While Rich hopes to continue going on adventures someday soon, such as visiting his grandson in Japan, he has put his plans on hold for the time being. Like many, he’s taking this time to reflect on life and to be more intentional in connecting with his loved ones. Social distancing has emphasized the importance of staying in contact through phone calls, Zoom meetups, and distanced family visits.

Rich Croll is living his life to the fullest in retirement — with some help from Independence.

He was practicing his Japanese characters at La Colombe café in Center City when a young woman approached him. She gestured towards Rich’s notebook and complimented his kanji. Rich learned that she was from Japan and living in Philadelphia while her husband attended business school.

A friendship blossomed between two people from opposite ends of the globe. They met weekly so he could practice his Japanese. When it was time for her and her husband to go home, she told Rich he should visit.

“At the time, I was just learning Japanese for something to do. She gave me the courage to travel there.”

Rich searched the Internet for a place to stay in Japan. He found a share house one stop away from Tokyo by train. A realtor told him most of the people in the house would be in their twenties.

Rich was nervous when he arrived. Then, the house captain told him not to make plans for the next evening because the house was planning a welcome dinner for him.

“Everyone showed up. They made me feel like a part of it. I always stay in a share house now. I’ve made friends from around the world.”

Rich has been to Japan six times since that first trip. He always pays a visit to his friend from the coffee shop. She and her husband now have two children.

Coverage when it matters most

After discovering his love for Japan, Rich faced not one, but two cancer diagnoses.

In December 2015, Rich had surgery to remove a gastro internal stromal tumor (GIST) at Fox Chase Cancer Center. Then, in 2019, he was diagnosed with prostate cancer after a prostate specific antigen (PSA) screening test and underwent eight weeks of radiation treatment at Jefferson Health.

Through it all, Independence had him covered. Rich’s Medicare Advantage plan provided richer benefits than the traditional Medicare plan at a price he considered a bargain.

“I didn’t even think about the coverage. When I got the bills, most of the costs were covered.”

Rich is now in remission and can focus on what makes him happy. He is already planning his next trip to Japan when it’s safe to travel again, where his grandson is currently teaching English.