Attending the State of the Union: An IBX Associate’s Story 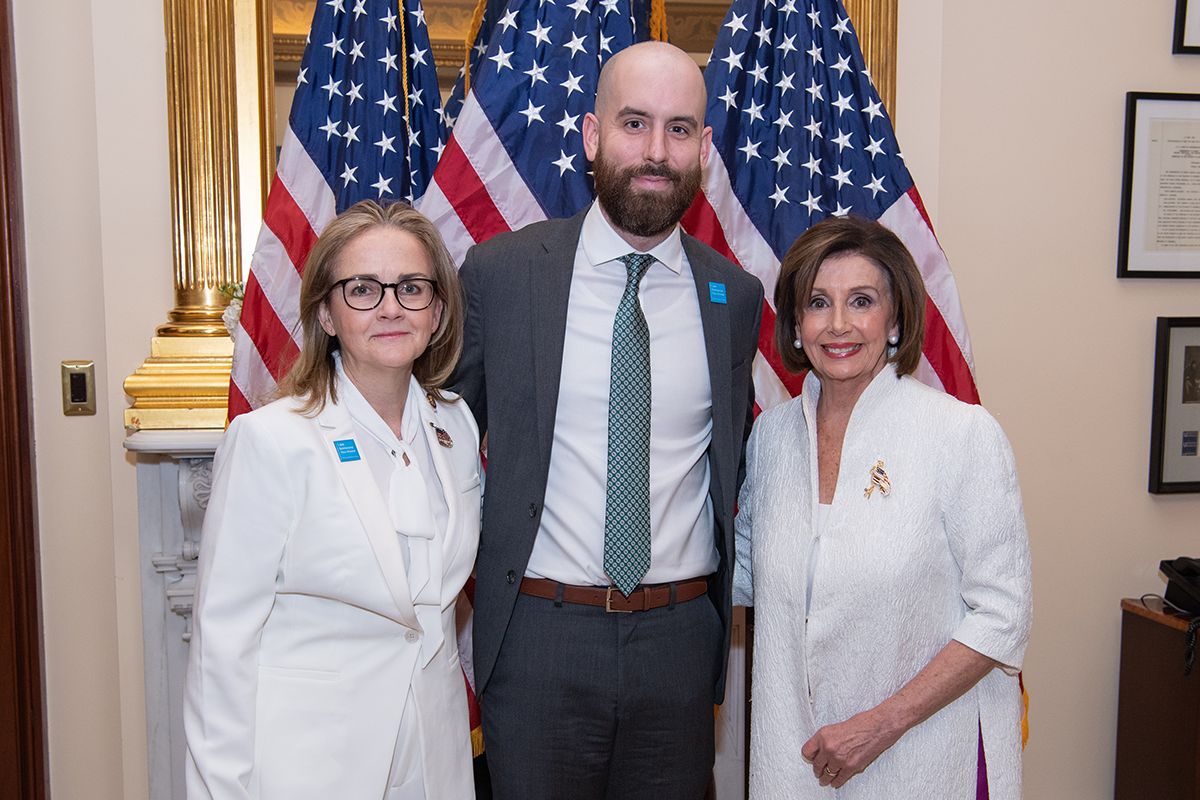 Patrick Flynn is a specialist in Government Affairs at Independence Blue Cross. In 2018, he told an auditorium of 600 people, including coworkers, that he is in recovery from substance use disorder. At first, Patrick didn’t consider himself an advocate. He was just telling his story – a story that can happen to anyone.

Fighting the Stigma of Addiction

Patrick decided to speak at the Someone You Know: Facing the Opioid Crisis Together conference because he wanted to help families with a loved one in active addiction.

“What about that mom who can’t focus because she’s worried her son won’t survive this disease? She doesn’t want people to think she’s a bad mom,” said Patrick.

This deeply personal, highly stigmatized situation made it difficult for Patrick’s own mother to focus at work. So many people come to work carrying the same burden. That’s why Patrick continues to share his story and fight the stigma of addiction.

At Independence Blue Cross, Patrick helped launch an associate group that raises awareness and fights the stigma of addiction. It also serves as a safe space for people struggling with substance use disorder and creates a community of people who find strength in each other’s stories.

Attending the State of the Union

Now, just a couple of years later, Patrick is a passionate advocate committed to changing the stigma of addiction and combatting the opioid epidemic, which takes the lives of more than 4,000 people in Pennsylvania each year.

Congresswoman Madeleine Dean took notice of Patrick’s work to challenge the stigma of addiction and invited him to attend the State of the Union as her guest. Once the disbelief wore off, Patrick felt incredibly grateful.

“I’ve always been fascinated with the political process and the U.S. Government. For me, this was like getting sideline passes to the Super Bowl,” Patrick said. “I felt gratitude to even be thought of for an opportunity of this magnitude.”

Patrick’s next phone call was to his mother, who responded with tears of joy.

“I put her through a lot, so it’s cool to see the positives that have come out of that,” Patrick said.

Patrick arrived at the Capitol in Washington, D.C. around 3 p.m. on February 4. He walked through the halls of Congress, attending a press conference and a reception hosted by the Speaker of the House. He even witnessed an Instagram moment in action, when the Congresswomen wearing white in honor of women’s suffrage posed for a photo together.

Patrick had the opportunity to not only meet people he admires — but to tell his story and talk about how Independence Blue Cross is working to combat a devastating disease.

Finally, Congresswoman Dean escorted Patrick through the National Statuary Hall, lined with press on each side, and upstairs to the House Gallery.

“Then you take your seat and watch the State of the Union,” Patrick said. He considers the whole experience one he’ll never forget.