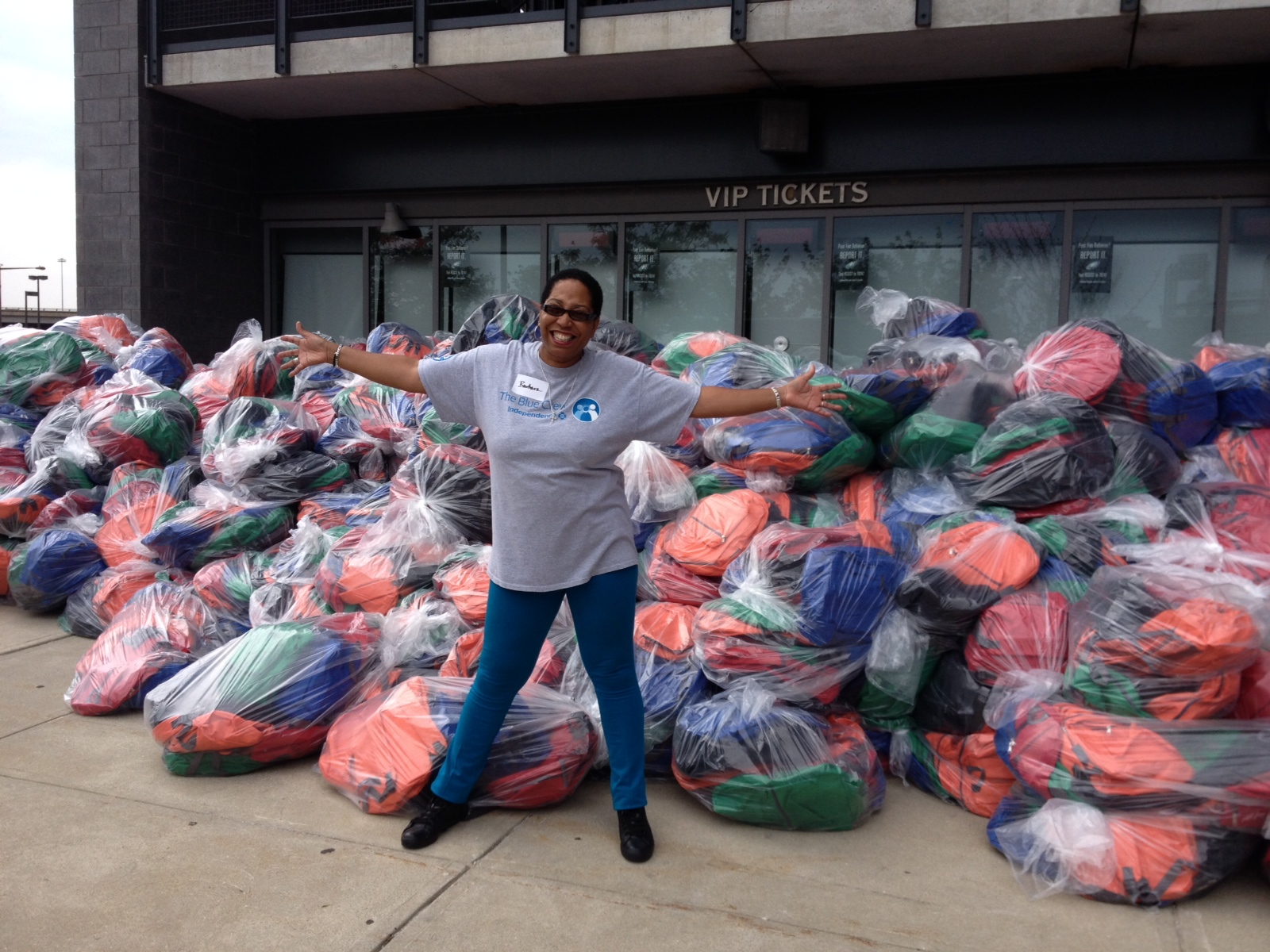 Hundreds of local students received new backpacks filled with school supplies, thanks to Barbara Smith (pictured) and the other Blue Crew volunteers who participated in the United Way 2016 Backpack-A-Thon at Lincoln Financial Field.

If there’s one reason Barbara loves volunteering, it’s meeting new people. She’s been meeting new people as a Blue Crew volunteer for 13 years. Her coworker Laurie Colborn nominated her for a position on the Blue Crew Advisory Board, and her membership was approved by fellow advisory board member, Tony Taliaferro.

Barbara is excited to continue encouraging her coworkers to become Blue Crew volunteers, particularly for the event she calls her pet project, the Philadelphia UNCF Mayor’s Masked Ball.

UNCF Mayor’s Masked Ball
I was the Blue Crew’s first volunteer project lead for the United Negro College Fund Mayor’s Masked Ball in Philadelphia, and it’s now my fourth year leading it. It’s an annual black-tie gala that raises money for scholarships to help deserving students attend and graduate from college. Our president and CEO Dan Hilferty is one of the honorees at the 2017 gala on March 18.

As event volunteers, we need to be flexible and ready to do any job that’s required — staffing the registration table, greeting and seating the guests, managing the silent auction, and even helping assist security.

Supporting the gala is a lot of work, but it’s also fun because we get the chance to get dressed up and enjoy the party, too!

Advice for others who want to volunteer:

If you’re interested in meeting new people of all ages, and for my coworkers in particular, supporting the values of our company, then volunteering is the best thing to do. It’s a great way to network and build your résumé, too.

When you volunteer, sometimes you also wind up helping yourself. For example, we support Rebuilding Together® Philadelphia, which provides low-income families with a safe and healthy place to live. While we’re renovating someone else’s home, we also learn valuable DIY skills like painting and gardening that we can use in our own home improvement projects!

Impact of the Blue Crew on corporate culture: