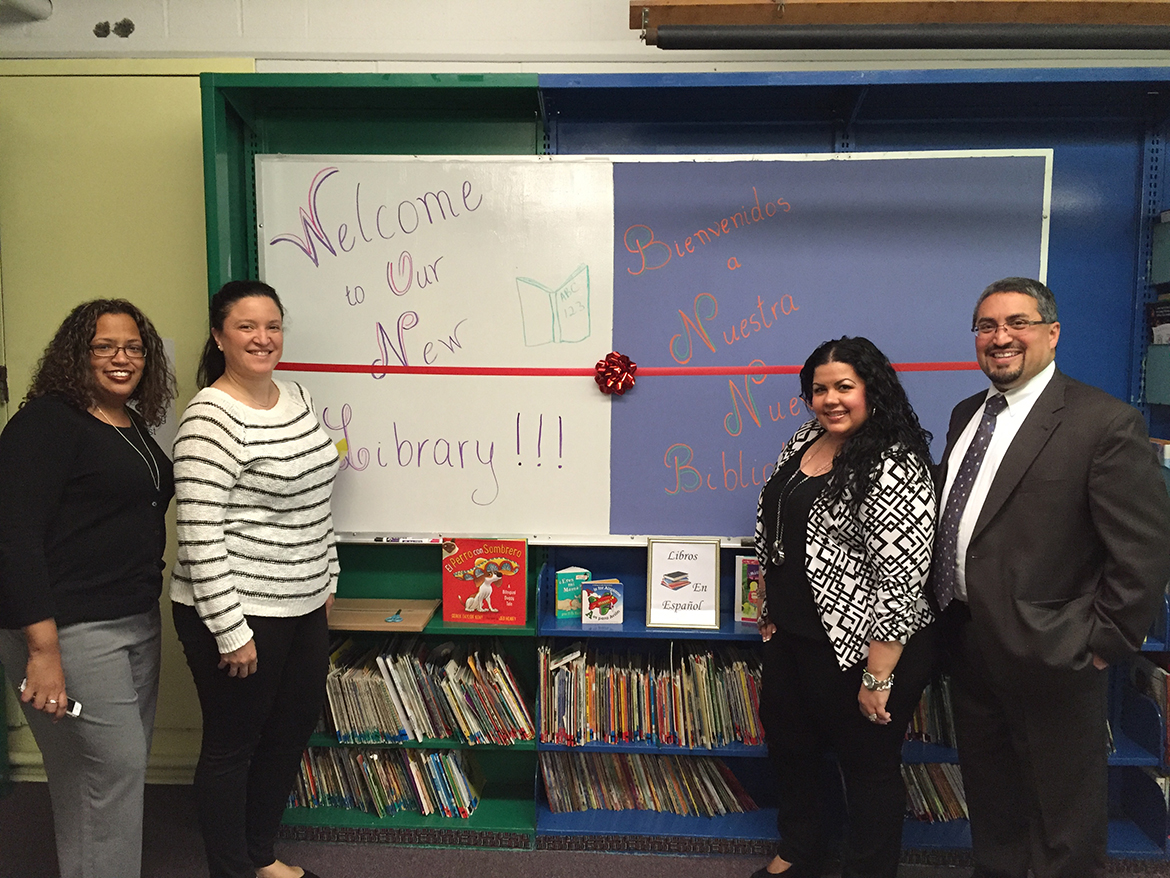 Veronica Serrano-Herbin was shy at first. She only started volunteering with the Blue Crew when her best friend, Yasseline Diaz, started working at Independence. “It was a fun way for us to do things together,” Serrano-Herbin said. “I was a little too shy to do it myself.”

Having a friend in the Blue Crew made it easy to try something new. It wasn’t long though before Veronica found herself in a very familiar place: Isaac A. Sheppard School in North Philadelphia, where she attended elementary school. But it wasn’t exactly as she remembered it.

“They hadn’t had a library in 15 years,” Veronica says. “They were using the library as a storage space. I found that so sad.”

Veronica returned to her alma mater this month, when the Blue Crew tackled the teachers’ lounge. “We cleaned, reorganized, and put some paint on the walls to make it a nice, vibrant place for the teachers.”

For Veronica, volunteering is an opportunity to turn her time and effort into something immeasurable.

Last year for Hispanic Heritage month, she helped serve traditional Hispanic food to families staying at the Ronald McDonald House on Erie Avenue. This is a no-cost residence where families can stay close to the hospital where their children are being treated. That evening, a Latino family approached the Blue Crew volunteers and said, “We’ve been here for a month. You made us feel so at home, for one night.”

“They almost brought us to tears. Something so small, like making rice and beans really made their day. It doesn’t cost money to volunteer, but what we gave them was priceless.”

Once shy, Veronica is now a member of the Blue Crew Advisory Board. And her friendships at Independence have multiplied. “It’s such a great way to make friends and meet people from around the company,” she says. “I sometimes bring my husband, so he knows a lot of people from the company too, now.”