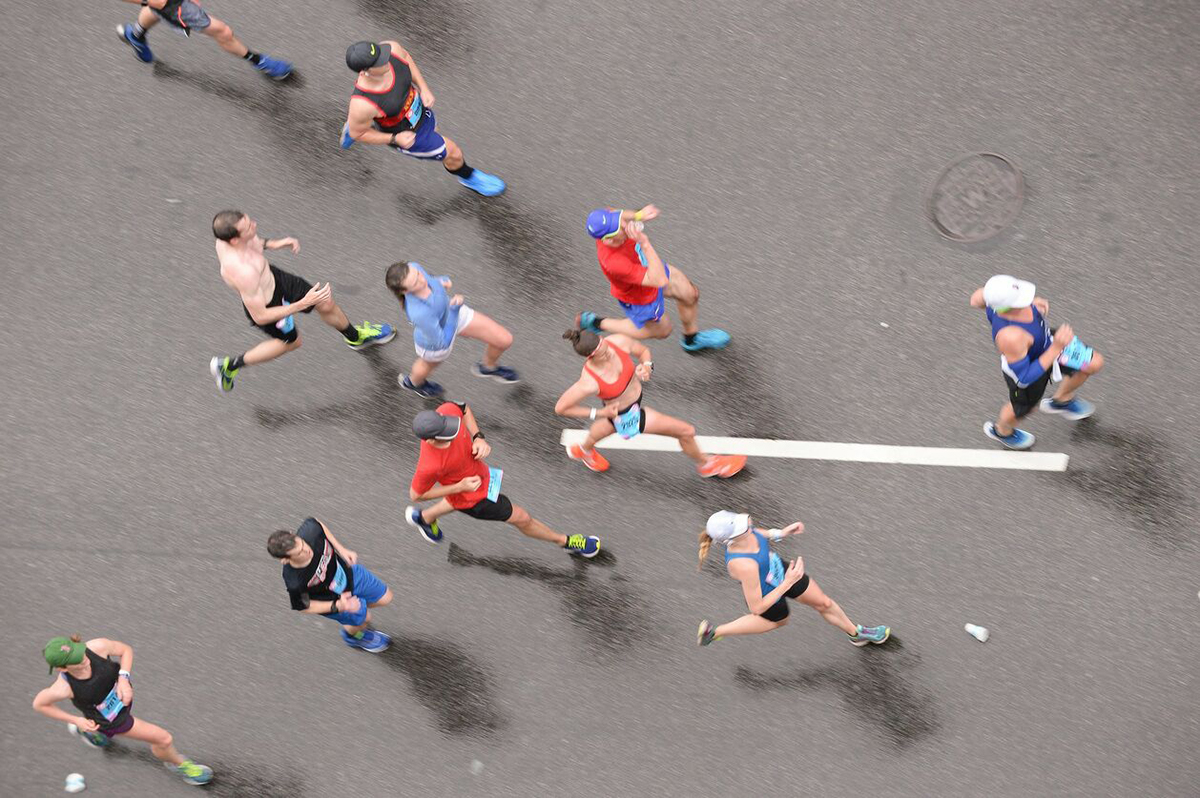 Three members of the Blue Streaks, Independence Blue Cross’s (Independence) employee running team, are training for the Blue Cross Broad Street Run ten-miler this year. Find out what motivates them to run.

Like lots of parents with small kids, Jim Heckman’s busy life makes it hard to find time to exercise. Instead of accepting a growing waistline, depressed moods, and depleted energy, Jim joined another dad in his neighborhood for regular pre-dawn runs. The early starts were ideal; the kids were still asleep, and he could log a few miles before heading off to work.

Over time, other neighborhood dads with similar running routines joined, and the group grew to seven dads. Jim has logged more than 1,000 miles with the guys. Some of the dads even got Pelotons and took up swimming.

Three to four times a week, Jim and the group run three to five miles in the Springfield, Delaware County, neighborhood where they live. The conversation often centers on — what else — the kids. They also talk about the tricks of getting their kids to sleep at night or sneaking out in the morning without waking them up. 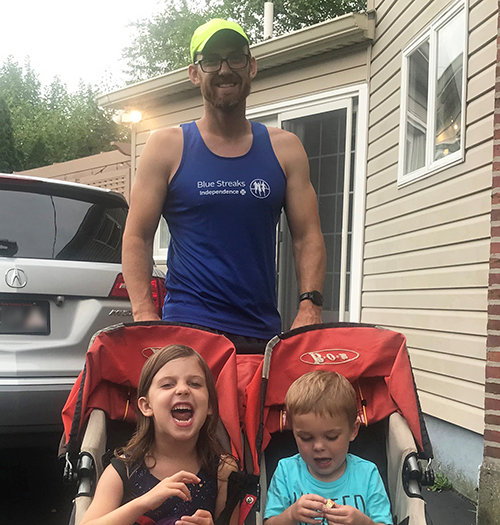 This year, the group started a new challenge: run every street in their town, which ends up being about 320 streets. Jim ran 100 miles in January and the group has covered about 60 percent of his town so far.

Knocking Down Fear and Building Strength

Anna Berezowska moved to the United States from Poland when she was five.  Speaking only Polish at home, she had a hard time fitting in at school. Her coping mechanism was food. Over the years, she found herself nearly 60 pounds overweight.

In her late 20s, she decided it was time to do something to get healthy, but the idea of joining a gym panicked her. She said that she didn’t fit in with all the “skinny and fit” crowd. When a friend challenged her to sign up for a 5K, she reluctantly agreed but didn’t train and never showed up on race day. She felt so embarrassed that she vowed to give it another go. She trained for another race but kept it quiet this time. When she crossed the finish line, she never felt prouder. Over time, she got stronger and began to run longer distances.

Now, Anna runs four to five miles — up to eight on the weekends — every week. Gyms no longer make her sweat (from nerves, at least) and she’s not intimated by anyone, not even the “big muscular guys lifting weights,” she jokes. 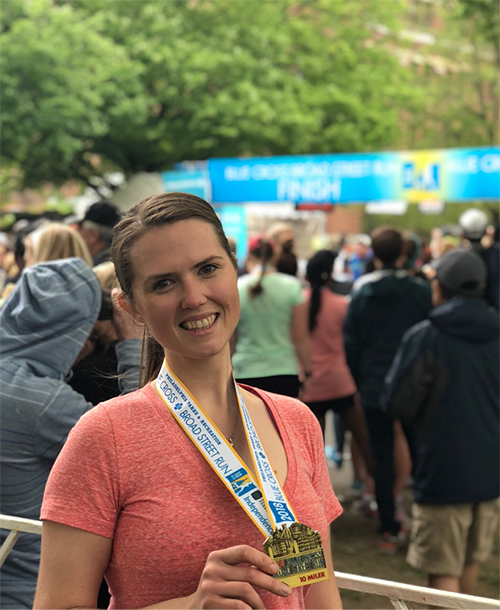 Ashley Kucera joined the Blue Streaks because she enjoys being part of a team. As a Division I field hockey player in college, she valued the camaraderie of her fellow athletes and the common goal to compete and win. She also loved how sports brought her and her dad closer. Her parents divorced while she was in high school, and her father raised her and her brother on his own. Her dad was at every game and, many times, ended up on the sidelines with the coaches, cheering on Ashley and her team.

When she graduated, she looked for another sport that could keep that strong connection with her dad. Having run track in high school — she even went to the Penn Relays once — she took up running. Ashley is a fast, natural runner. She ran her last 5K in under 20 minutes! Her dad comes to almost all her races, and if he can’t be at the finish line, he’s tracking her progress on his phone. 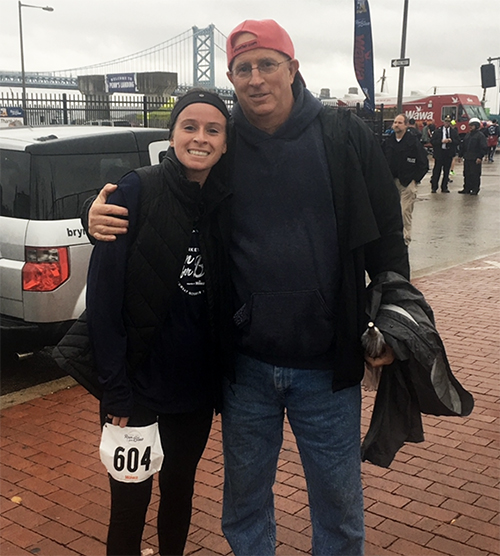 And while running in a field hockey game is much different than running in races, both her training and racing style are simple: Find someone running at a decent pace and try to catch them, like a game of tag.

I’m a writer and a film, music, and TV buff who loves Philadelphia sports. I enjoy spending time with my family and friends, which means I’m always on-the-go. I try to make healthy decisions that fit with my lifestyle; whether it’s choosing healthy food while eating at a restaurant, finding exercises I enjoy doing so I stay motivated, or achieving a good work-life balance.