Can Yoga Help with Depression? 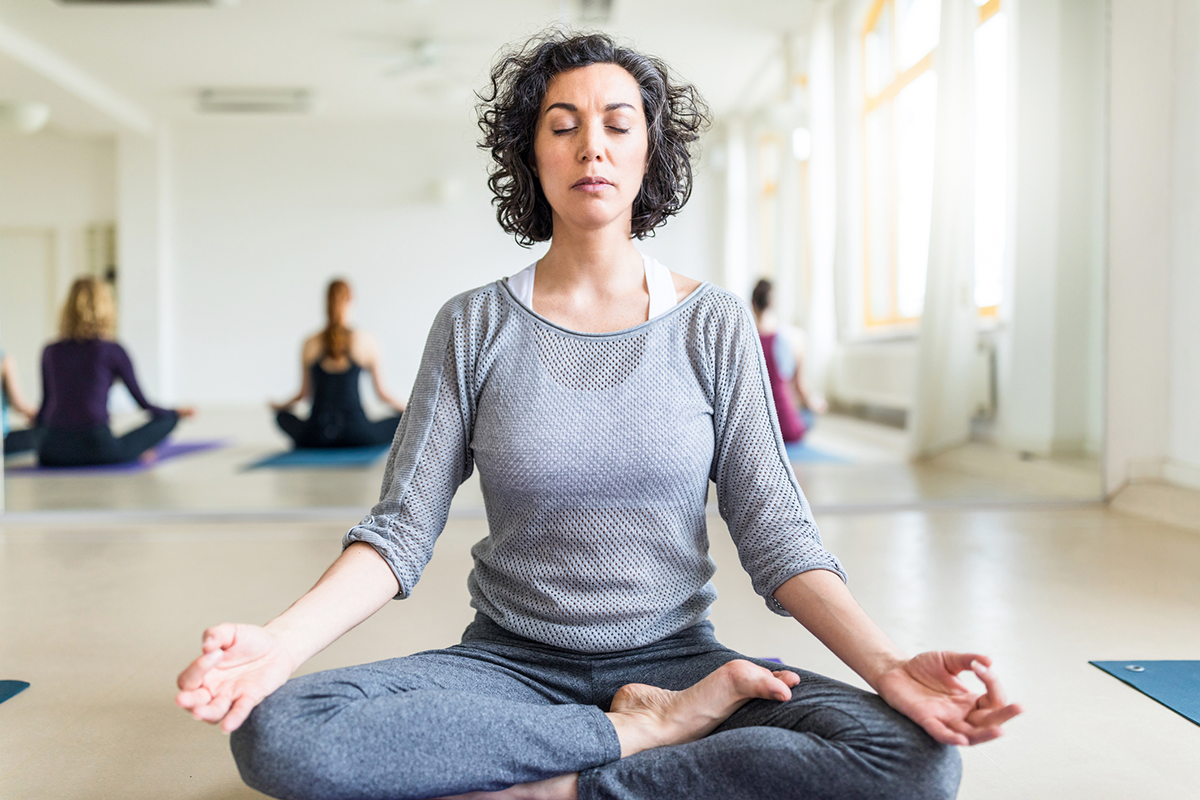 Lots of people struggle with their mood, but depression is more than just “feeling blue” for a few days. Depression is a common medical condition that can affect anyone, at any time, and at any age.

October is national Depression Awareness Month, which aims to decrease the stigma around depression and help people recognize the signs. Depression is serious and can come at any time. Symptoms include fatigue, irritability, over eating or loss of appetite, aches and pains that won’t go away, or even losing interest in activities you once enjoyed.

If you are concerned about your mood, you should see a doctor. If you are struggling with depressive disorder, there are effective treatments that can only be provided by a doctor or therapist with special training, such as medications or counseling. But, whether you are in treatment for depression or just want to optimize overall health and well-being, there is a growing body of evidence to suggest that certain exercises can help you improve your mood.

How Yoga Can Help

“I was in a pretty dark place,” says Kacey DeGuardia, now a 24-year-old in Philadelphia. She was only 15 years old when her mother died, and she began sinking into a deep depression and becoming suicidal. She had seen several doctors and was on several medications, but her mood was not lifting.

Then a friend invited her to a yoga class, which she decided to try in part because she remembered her mom practicing yoga. “I had no idea what I was getting into,” she says. But within a year of adding consistent yoga practice, she felt happy. “The physical strength yoga offered ran parallel with my mental strength,” she says.

What Does Science Say?

Like DeGuardia, many people successfully elevate their mood with yoga, and scientific evidence suggests it works. In one recent study, for example, researchers assigned 15 people with major depressive disorder to a Iyengar yoga curriculum, a method that has a strong focus on alignment, safety, and precise modifications with clear steps to advance in a pose. The participants took two 90-minutes classes and completed three 30-minute home yoga and breathing assignments per week. After 12 weeks, brain imaging techniques and mood measures showed the participants’ symptoms of depression improved to match those of people who didn’t have depression. The study also found that anxiety symptoms, which are usually correlated with depression, went down.

“Yoga … is not just hippie, granola-crunchy stuff. The science shows it works,” says Dr. Chris Streeter, an associate professor of psychiatry and neurology at Boston University School of Medicine. “It’s important to have a practice that you can do every day to become resilient and relaxed. Yoga students can activate this mechanism appropriately when under stress and go back to being relaxed.”

While more research needs to be done, the latest development “is exciting because yoga can be incorporated in every treatment plan,” Streeter says. “You could universally apply yoga, though it doesn’t mean that you shouldn’t use medicine when needed.”

If you want a mood boost, some poses seem to be more effective than others, finds Iyengar yoga teacher Patricia Walden. Walden collaborated with Streeter’s team to develop a specific sequence for depression. Backbends, for instance, open up the rib cage and chest, which is helpful for depression because it encourages resilience in people who tend to slouch.

Breathing exercises can also be a great supplement to a yoga practice. Try practicing “coherent breathing” exercises, or 20 minutes of breathing at five breaths per minute, spending equal time inhaling and exhaling. Such exercises allow people to “get into their breath, and there’s a freedom in their bodies that they hadn’t felt before class,” Walden says.

DeGuardia used similar breathing techniques to help her get through difficult moments. “I noticed that when I was feeling anxious, I would turn to my breath,” she says. “Yoga didn’t change who I am, but rather the way I engage with myself.”

The benefits of yoga are not exclusive. What matters more is sticking with it – which is exactly what DeGuardia did. Today, DeGuardia is training to be a yoga teacher and is using her experience to empower others in her classes. “I feel like the creator of my own reality, rather than the victim of my own circumstance,” she says. “Yoga has also allowed me to form healthy boundaries and relationships without the highs and the lows.”

There is no one best way to physical and mental health, but exercise, self-care, and mindfulness can help almost anyone feel better. If a yoga program sounds interesting to you, begin by discussing your plans with your treatment team to see how this might fit into your overall plan for health and well-being.

Information on this site is provided for informational purposes and is not meant to substitute for the advice provided by your own physician or other medical professional. You should not use the information contained herein for diagnosing or treating a health problem or disease, or prescribing any medication. If you have, or suspect that you have, a medical problem, promptly contact your health care provider.

Jake Panasevich is a certified yoga instructor and has more than eight years of yoga therapeutics education. Jake teaches yoga to men and women in the Philadelphia region, including professional athletes from the Philadelphia Eagles, the Philadelphia Phillies, and The Philadelphia Union. Jake is also a featured yoga and health expert in publications including NPR, Men’s Health, Huffington Post, HuffPost Live, Origin Magazine, ABC Philadelphia, Be Well Philly, and The Philadelphia Inquirer. Jake is known for his unwavering passion and efficient approach to heal, inspire, and advance students. He also developed a style of yoga that is accessible to men and those who are most inflexible and injured. Born in Scranton, Pennsylvania, Jake received his degree in journalism from The University of Pittsburgh, where he also competed as a wrestler.
Tagged under: 2019, depression, yoga

When You’re Caring for Someone Who’s Hospitalized 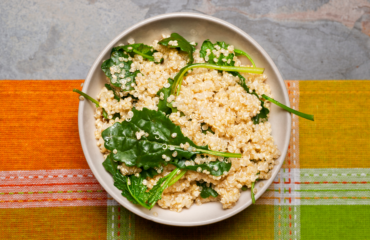 Delicious, Nutritious Quinoa: You Want Me to Try What?