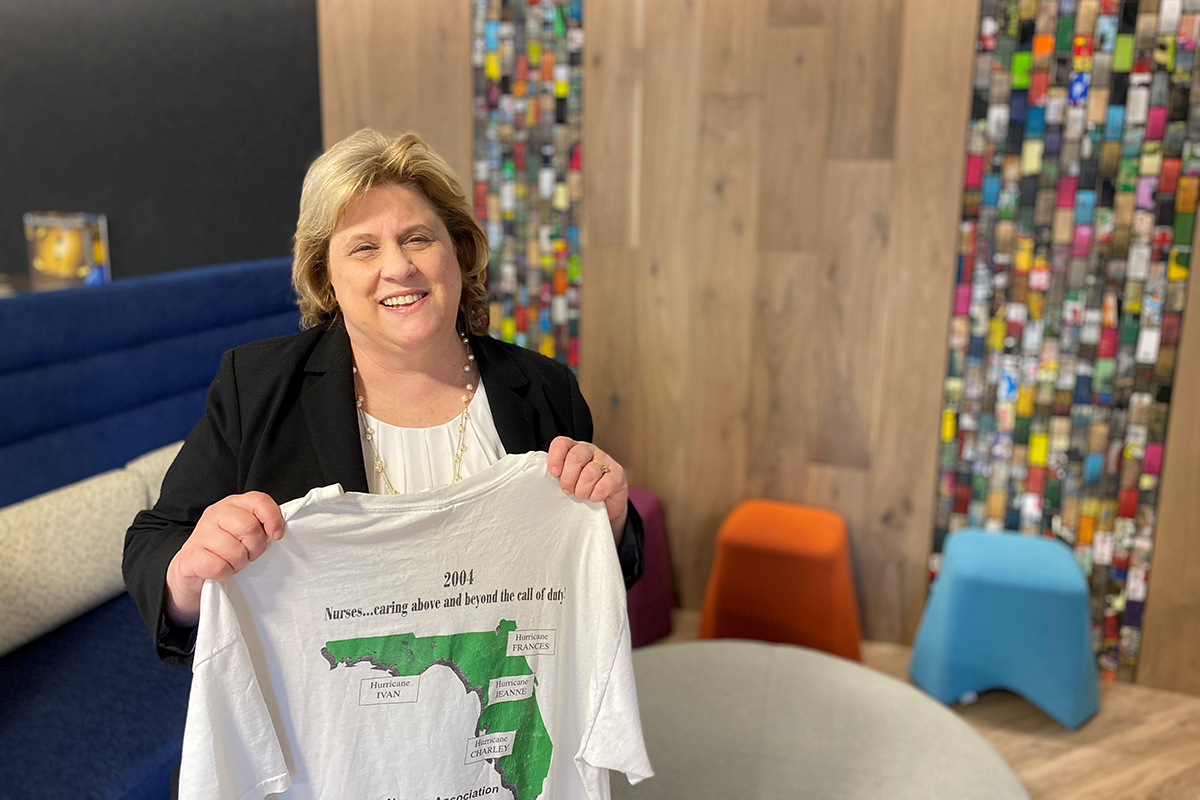 Independence Blue Cross (Independence) recognizes the important role nurses play in health care and acknowledges their caring, compassion, and excellence. As part of the Celebrate Caring campaign, we’re highlighting our region’s most outstanding nurses — including those at Independence. We employ nearly 300 nurses in a variety of roles that serve our members. Here is one of their stories.

Do you know a nurse who deserves to be recognized for their tireless dedication? Nominate him or her at ibx.com/nurses by April 3.

A 30-year career in diabetes care

Linda Bolmer, BSN, RN, CCM, CDE, has been a nurse for over 30 years. Her early career was focused on diabetes education at hospitals in the Philadelphia area, where she quickly learned the power of working with a care team of doctors, dietitians, and other health professionals to help patients better manage a chronic disease like diabetes.

Next, Linda worked for a start-up insulin pump company, supporting patients through a 24-hour help line. Both roles helped prepare Linda for her current position as a Diabetes Health Coach at Independence. But before she joined the company, Linda gained remarkable experience in caring for diabetes patients in schools and in the devasting aftermath of a string of natural disasters.

In the early 2000s, Linda moved to Florida to take care of her aging parents. There, she worked with the local school district, Department of Health, and local diabetes associations to implement a program to keep kids safe. She’d established herself as a diabetes expert who knew how to bring people together to achieve a common goal.

In 2004, Florida experienced a devastating and deadly hurricane season. As arenas filled with people displaced from their homes, state officials were in desperate need of someone who could develop a diabetes program in the shelters. They called on Linda.

“They were in desperate need and had no idea how to help people with diabetes. People came to the shelters with nothing,” Linda said. This is especially dangerous for people with diabetes, who need to maintain safe blood sugar levels. Linda rallied resources. She helped bring the community together to provide essentials like food, medicine, and testing supplies.

When it was time for Linda to go home and get some rest, she’d make calls to people’s families, letting them know their loved one was at the shelter, and sometimes finding out good news like someone’s home was spared.

Hurricane Charley was followed by Frances, Ivan, and Jeanne. Linda was recognized for her disaster relief efforts by the state and the Federal Emergency Management Agency (FEMA). She also represented the school district as a part of an emergency response team, trained to address natural, biological, and chemical disasters.

When asked what she does at Independence, Linda responds: “People get scared that diabetes is taking over their life. I’m here to put the ball back in their court. It’s my job to show them how to control diabetes and get their life back.”

Linda recalls a student with high blood sugar who was struggling with her weight. She felt defeated by her hunger. Lowering her blood sugar levels felt like an impossible task.

Linda refused to accept the student’s defeat and explained that her hunger wasn’t going to go away until her blood sugar goes down.

“Even though you’re eating, the food isn’t getting into your system. Until you feel what it’s like to have a lower level, you’re going to be starving,” Linda advised. Gradually, Linda helped the student get to a normal blood sugar level.

“She became strong in managing her diabetes. I’m here to help people feel better and feel stronger — to help them feel in control and inspire them to make healthy changes where possible.”

Diabetes is a growing problem in America — one that Linda hopes to help Independence be a leader in addressing. According to the Centers for Disease Control (CDC), more than one in three adults have prediabetes. Prediabetes puts you at an increased risk for developing type 2 diabetes, heart disease, and stroke.

When serving Independence members, in comparison to patients at the hospital, Linda says, “I watch my members’ backs. I teach them things. I work with them on their gaps in care. I call and work closely with doctors and the community — any kind of resource that can help them. Just like I always did. Just like when I was in the hospital.”