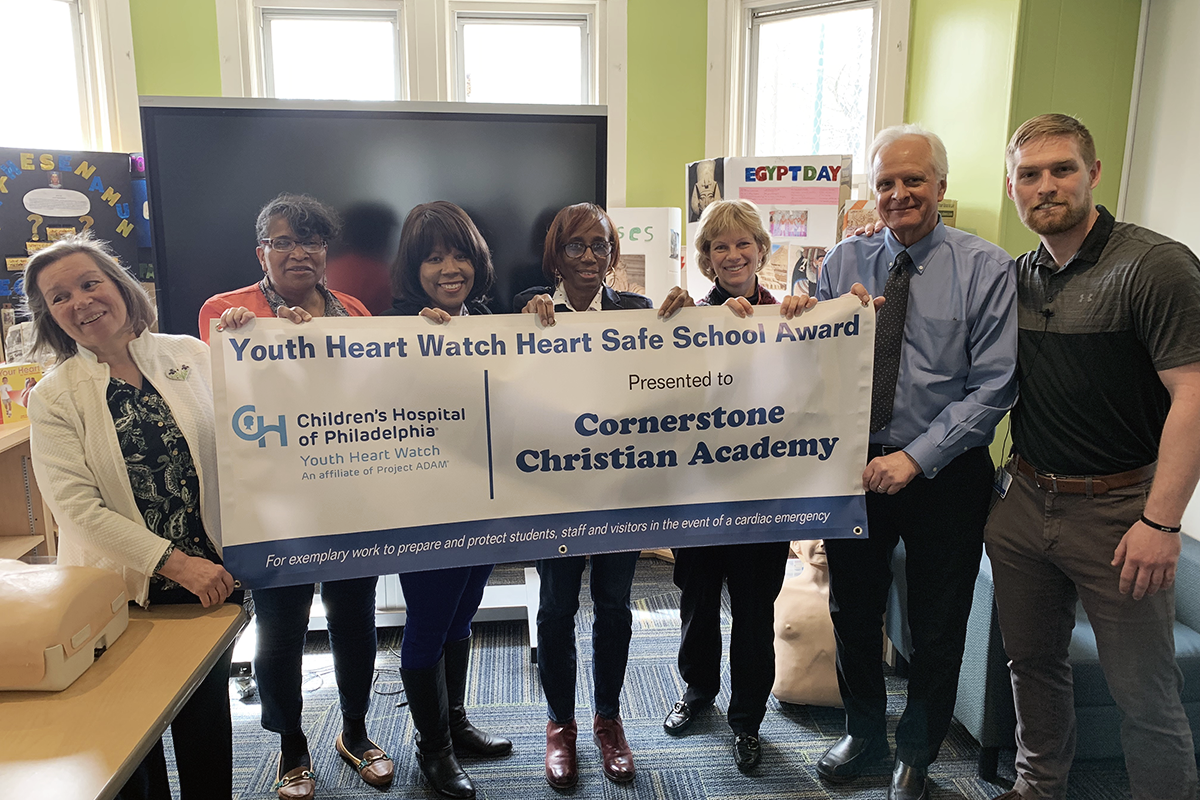 At age 16, Zane Schultz witnessed his friend and teammate, Rafe Maccarone, collapse on the soccer field during a routine warmup in their hometown of Cocoa Beach, Florida. The minutes after Rafe’s collapse were marked by chaos and fear. Students, coaches, and emergency responders tried their best to save Rafe’s life. It wasn’t until after Rafe passed away that they found out that he had an undetected heart condition, hypertrophic cardiomyopathy, that caused him to go into sudden cardiac arrest.

Sudden Cardiac Arrest (SCA) is the leading cause of death among student athletes, and in most cases, SCA is the first symptom of any heart abnormality — making it difficult to detect without proactive screenings.

Rafe’s last day on the field set Zane and his teammates into motion. Unable to change the past, they focused on how they could help other at-risk student athletes. They started with a fundraiser and eventually launched the non-profit Who We Play For (WWPF). The group’s mission is to eliminate preventable sudden cardiac death in youth through affordable heart screenings.

Zane’s passion for the cause introduced him to a national network of people working diligently to address this public health issue. That’s how he got connected with Victoria Vetter, MD, FAAP, FACC, cardiologist at Children’s Hospital of Philadelphia (CHOP) and medical director of the Youth Heart Watch at CHOP, where Zane now serves as program coordinator.

CHOP’s Youth Heart Watch aims to prevent sudden cardiac arrest in children and adolescents by placing AEDs (automated external defibrillators) in schools, recreation centers, and other public places. The program helps create a culture of responsiveness by providing training and education that empowers students and faculty with the knowledge and skills they need to save a life.

Youth Heart Watch has worked with the Philadelphia School District for more than 17 years to ensure every public school has an easily accessible and functioning AED. In 2018, the program also reached all the city’s charter schools. The next step? Making sure there’s a plan in place in case there’s a need to use one.

Recently, Youth Heart Watch celebrated an important milestone by designating the first Heart Safe School in Philadelphia. In an interview with 6abc, Zane explained the importance of having a cardiac emergency response plan in every school building, pointing to a tenth grader in North Philadelphia who was saved by an AED when he suffered a sudden cardiac arrest in music class.

“Schools like Ben Franklin High School have had emergencies this school year. They had the equipment and the training. It was that effective decision-making in split seconds that really made the difference for that young man,” says Zane.