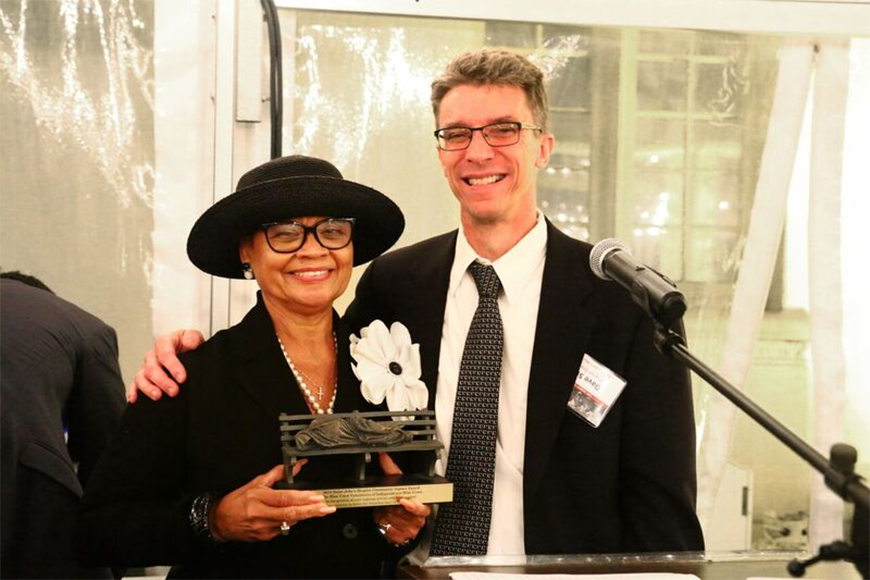 At Independence Blue Cross, our associates are passionate about helping others in the community. Through the Blue Crew — the company’s corporate volunteer program — more than 1,300 associates and their family members participated in 303 volunteer projects throughout the region last year. From reading to children through Philadelphia Reads to packing food boxes for needy families, the Blue Crew is there to help those in need.

In recognition of their community service and positive impact, the Blue Crew recently received three awards.

The Philadelphia Inquirer honored Independence Blue Cross with a Most Charitable Volunteerism award at the 2018 Corporate Philanthropy Awards for their significant impact in the community. For example, Blue Crew volunteers donated more than 11,300 hours of their time and talent to more than 100 local non-profit organizations last year. This represented a 35 percent increase in volunteer hours from the previous year!

Volunteer Organization of the Year

In addition, the Blue Crew was recognized as the Volunteer Organization of the Year by Saint John’s Hospice, a social services shelter for men, for its continued support and volunteerism. Over the last two years, more than 250 Blue Crew volunteers donated 450 hours to various projects at St. John’s Hospice, including its monthly dinner service. Most recently, members from the Multicultural Men’s group, an Independence associate resource group, started supporting a monthly lunch and clothing distribution at the organization.

The Philadelphia Ronald McDonald House awarded its Champion of Hope Award to the Blue Crew for its support of the Guest Chef Programs at both the Chestnut Street and Erie Avenue Ronald McDonald Houses. Since 2016, 245 Blue Crew volunteers donated a total of 1,200 hours at both houses. Once a month, Blue Crew volunteers go to each location to prepare and serve homemade dinners to the families of children receiving treatment in area hospitals. Associates are also able to contribute food or money towards the dinner.

Congratulations to the Blue Crew for living our mission to enhance the health and well-being of the people and communities we serve!