I read an article recently announcing that May is National Mental Health Month, and it reminded me of my days in medical practice. Dealing with geriatric mental health issues is among the most complex challenges in caring for the elderly. This year’s theme, Risky Business – Sex, Drugs, and Rock n’ Roll, is intended to educate the public on habits and behaviors that may increase the risk of developing or exacerbating mental illness or be signs of mental health problems in and of themselves.

Risky behaviors and the generation that “invented” Rock n’ Roll

Consider risky sex, prescription drug abuse, internet/gaming addiction, excessive spending, and troublesome exercise patterns. As a geriatrician I wouldn’t want to minimize those issues affecting our elders, particularly since so many of our Baby Boomers have joined the ranks of Medicare recipients. Let’s not forget they “invented” Rock n’ Roll! But honestly, risky habits aren’t the first problems I think of when I ponder the monumental issue of geriatric mental health in this country. So if “risky behavior” isn’t the biggest mental health problem, what is?

Mental health and the “silver tsunami”

According to the World Health Organization (WHO), the world’s population is aging rapidly. Between 2015 and 2050 the proportion of the world’s geriatric population will nearly double, going from 12 percent of the entire population to close to 22 percent! To put it in perspective, this means going from 900 million older adults to 2 billion. This age boom — some call it the “silver tsunami”— demonstrates the critical need for all societies to pay close attention to the special physical and mental health challenges our elders encounter.

We all know and love someone in our family, or circle of friends, who is elderly. Some are still in the workforce, many volunteer. And while most have good mental health, older adults are at risk for developing mental disorders either by themselves or in combination with other chronic physical problems.

By most estimates, over 20 percent of American adults aged 60 and over suffer from some type of mental health issue. Depression and dementia are the top two offenders. Unfortunately, these diagnoses are under-identified by older people, their caregivers, and their families. Additionally, the stigma surrounding mental illness is an additional hurdle to seeking help. And according to a Mental Health America survey there are also multiple myths to prevent early diagnosis and treatment:

Recognizing social isolation and depression in the elderly

So what can you do if you feel you or a loved one may be suffering from a mental health problem, particularly depression? Remember that the symptoms can be very subtle — it’s not always the obvious signs like sadness and crying. It can be alterations in personality, a withdrawal from normal social activities, a change in weight, appetite or sleep. Basically, if something just doesn’t seem right, alert your provider. Health care professionals are becoming more educated about geriatric mental health and often do baseline screenings in their office. Trust your physician to get you the help you need.

Even if you don’t suspect something as serious as depression, please keep in mind that isolation, loneliness, and aging is an even bigger problem in the United States. According to the U.S. Census Bureau, 11 million people (28 percent!) aged 65 and older lived alone in 2010. Living alone doesn’t necessarily mean you will become socially isolated, but it is a major contributing factor. If you’re wondering how much of a factor isolation is, keep these extremely important facts in mind:

Finding help for seniors in need

If you are a senior and considering ways to combat loneliness and isolation think about volunteering, taking a class, or participating in your local senior center. And, talk with your doctor — loneliness and depression are not inevitable parts of aging!

If you know a senior ask yourself if you think they are isolated or lonely. Even in the big city being surrounded by people we can be lonely and isolated. Stop by. Offer to help. Include your children in these visits. This is an issue we must ALL be involved in!

Visit the Pennsylvania Department of Aging to find local resources for seniors facing mental health issues and other challenges. If you’re concerned about an older person in another state, you can find information and resources at Eldercare.acl.gov.

I joined Independence Blue Cross in 2015 after practicing Geriatrics for nearly 30 years. In my current role I function as the medical liaison to our Government markets team, serving as a subject matter expert on clinical medicine and healthcare delivery. What I love about my new position is the opportunity to help an entire population of people through the benefits of their health plan.
Tagged under: 2017

Multidose Packaging: The Easy Way to Remember Your Medications and Save Time and Money 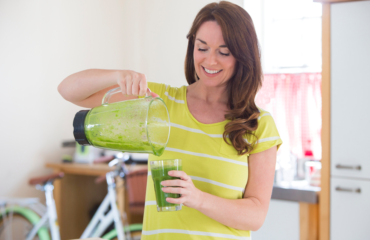 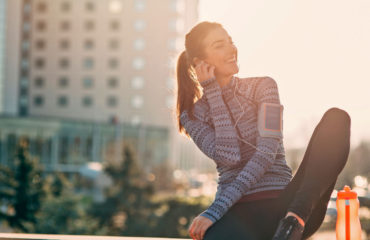