Where to Get the Ultimate Outdoor Workout in Philadelphia

By Mary Eileen O'ConnorJune 18, 2019May 25th, 2022Events/Sponsorships Well-being
No Comments 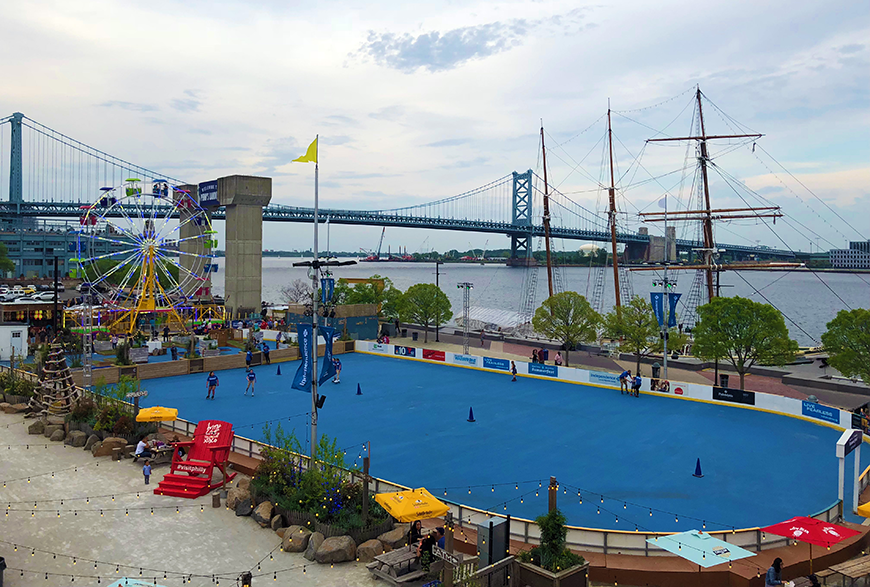 There are a million reasons to love the summer, but one of them is the chance to break out of the gym and get your sweat on in the fresh air.

Whether you’re a runner, a rider, a skater, a mover, or a shaker, there is no shortage of ways to get #FearlessFit outdoors in Philadelphia — and to save money while you’re doing it!

Two hot spots for healthy activities are the Delaware and Schuylkill Rivers. Both locations offer panoramic views of the Philadelphia skyline that beat the ones at the gym any day, and they are easily accessible when you ride Indego bike share.

Take Your Outdoor Workout in Philadelphia to the Waterfront

There are only 92 days in June, July, and August, so let’s dive in to the top ways to take your #FearlessFit workout to the waterfront:

Running for six miles along Columbus Boulevard, the Delaware River Waterfront has multiple entry points with nearby Indego stations.

The eight-mile stretch of the Schuylkill River known as the Schuylkill Banks runs from the Fairmount Waterworks to Locust Street, with multiple entry points and nearby Indego stations.

Like the sound of mixing up your #FearlessFit routine, but want a way to beat the heat? Do something good for your body in air-conditioned comfort at Independence LIVE, our community health and wellness experience center in Center City Philadelphia.

No matter how you choose to get in your outdoor workout in Philadelphia this summer, apply sunscreen early and often to protect your skin and drink plenty of H2O to stay hydrated. And inspire others to stay active by sharing your photos on social media and tagging them #FearlessFit!