By Rebecca FinkelJanuary 11, 2018May 25th, 2022Community Employees Volunteerism
No Comments 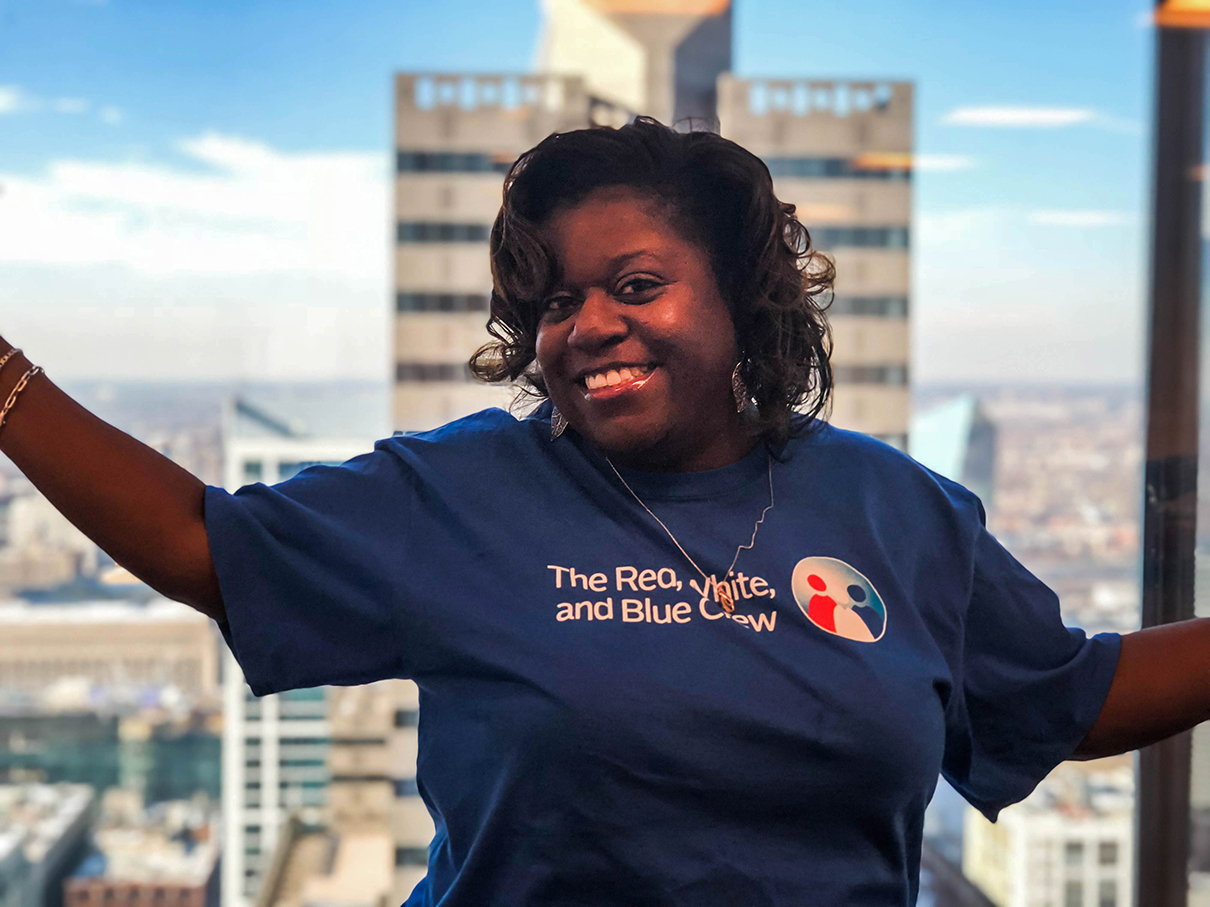 As busy as you are, you’re probably not going to cook for 40 people when you get home tonight. But that’s what Koreana Iman-Sample, product manager for AmeriHealth New Jersey, does every month, after commuting an hour and 15 minutes from her office in Cranbury to her home in South Jersey.

“It’s kind of hard to juggle between hectic work schedules and projects,” she tells us, “but I’m a firm believer in giving back.”

Koreana is no stranger to a long commute. In nearly 20 years with Independence Blue Cross and AmeriHealth, she has worked at locations in Philly, Mount Laurel, and Plymouth Meeting. Five years into her tenure, she added another stop to her demanding daily routine when she joined the Blue Crew. Koreana was also nominated to its Advisory Board, leading their work on the Ronald McDonald House of Southern New Jersey providing meals for families of hospitalized children.

Real Food, From the Heart

With a schedule like Koreana’s, you’d think that she’d take some shortcuts in the kitchen. Nope.

“I do my darnedest not to give them anything that’s frozen. Everything that I prepare for them is home-cooked food.”

As much work as it is, the cooking is as much for her as it is for the guests.

“For me, cooking is therapy. That’s why I do it. And because of the environment in which I grew up: My mother was a gospel singer and she did a lot of things for her church, so I think I’m just repeating history.”

Koreana learned to cook by spending time in the kitchen with her mother, but now gets ideas online, from Pinterest, and The Food Network. But her biggest inspiration is the Ronald McDonald House guests.

“I’ll talk to the guests and ask them if they’re going to be there next month,” she says. Then I’ll ask what they would like to see on the menu the following month. Some of them want tacos, they love pulled pork, yellow rice, and beans. And we always have a healthy salad.”

Even though she takes on the majority of the cooking, Koreana couldn’t get it done without her colleagues. “I have a really nice group,” she says. “It’s fun. And I tell people who volunteer, ‘We’re not gonna talk about work, we’re here to have fun. Strictly fun. You’ll be rewarded.’”

For all of the work required to serve a meal at the Ronald McDonald House, it’s surprising to hear that the experience actually reduces her stress.

“I could be going through stresses at work, stresses at home, and as soon as I get to the Ronald McDonald House, it just goes out the door. Because it really lets you appreciate that whatever you were worrying about isn’t really that important,” she says.

“To see these parents, day in and day out, caring for their children, hoping and praying that their child gets better. They really love a home-cooked meal. And, that’s just what my thing is: making a difference and changing the lives of others.”