The Gluten-Free Trend — Is It Right For You?

If you have decided to go gluten-free for any reason, making smart selections about the food you do consume is key. In response to the popularity of going gluten-free, many manufacturers have developed special gluten-free lines and products to help individuals replace favorite foods with a gluten-free option.

Kale was cool, and quinoa quirky, but the biggest nutrition trend to reach supermarket shelves in recent history is gluten-free. Once just an ingredient in your morning cereal or favorite pasta, gluten has become a household name — and to many, a negative one.

So why does gluten suddenly have a bad rap? Very often wheat products that contain gluten are also highly processed — think buttery crackers and frozen pizza. When diets suggesting that individuals cut these items from their diet, like the Paleo Diet, were released, dieters saw results. Celebrities endorsed them. And Americans fell in line.

The problem is that unprocessed whole grains are actually an important part of a balanced diet, and in the effort to go gluten-free, many people are actually reaching to more processed items to replace those carbohydrates.

“Gluten-free diets are only recommended for individuals with celiac disease or Non-Celiac Gluten Sensitivity (NCGS),” says Janelle Eligon-Ketchum, a Philadelphia registered dietician and owner of Nutrition Unlimited. “A gluten-free diet may alleviate Irritable Bowel Syndrome symptoms along with a FODMAP diet.  Anyone on a gluten-free diet should work with a registered dietitian to assist them in developing a well-balanced eating plan.”

Celiac disease is the inability to digest and absorb the protein gluten found in wheat, rye, and barley. The disease causes damage to the lining of the small intestine and prevents absorption of nutrients.

“If gluten is consumed by an individual with Celiac disease, the immune system responds by destroying villi in the small intestine, interfering with the ability to absorb nutrients,” says Ketchum. “In some individuals symptoms of Celiac disease can be triggered from poor diet, consumption of gluten, pregnancy or childbirth, stress, or viral infection.”

Celiac disease is a genetic disorder. Testing can be done by endoscopy, where the villi are examined for signs of flattening, as well as physical exams for signs of malnutrition such as rashes or bloating and pain in the gut, blood tests to check for the presence of antibodies associated with Celiac disease, and skin biopsies if a patient has dermatitis herpetiformis (an itchy skin rash).

Non Celiac Gluten Sensitivity (NCGS) has risen in popularity and diagnosis over the last five years in individuals who show no signs of Celiac disease or wheat allergy, but suffer symptoms similar to irritable bowel syndrome after the ingestion of gluten.

“The only known way to diagnose NCGS is through a food challenge in which patients are blindfolded and fed gluten to prompt symptoms, or given placebos and gluten at separate times to determine a disparity in the timing of symptoms,” explains Ketchum.

Should you go gluten-free?

Do you have symptoms that make you believe you may have Celiac disease or NCGS? According to the Celiac Disease Foundation, common symptoms include diarrhea, gas and bloating, unexplained iron-deficiency anemia, fatigue, bone or joint pain, arthritis, depression or anxiety, tingling numbness in the hands and feet, seizures or migraines, missed menstrual periods, and dermatitis herpetiformis.

If you don’t have any of these symptoms and do not actually have an intolerance to gluten or a wheat allergy, avoiding gluten may do you more harm than good.

“Some potential concerns for those who do not consume gluten include potential B-Vitamin deficiency, low carbohydrate intake, and low fiber intake, which may lead to constipation,” says Ketchum.

If you have decided to go gluten-free for any reason, making smart selections about the food you do consume is key. Ketchum highly recommends individuals discuss their new diet with a doctor or registered dietitian to ensure all nutrition requirements are being met.

The first step is familiarizing yourself with what grains contain gluten, and which don’t.

*While oats do not contain gluten, they are often harvested alongside grains that do contain gluten, like wheat. Because of this, trace amounts of these other grains often end up in products like oatmeal. Look for oat product labeled gluten-free, in which the oats have been separated from the other grains to avoid this.

Gluten is also found in products that you might not think of as a grain — like soy sauce. Always read your labels.

In response to the popularity of going gluten-free, many manufacturers have developed special gluten-free lines and products to help individuals replace favorite foods with a gluten-free option. Using rice, tapioca, sorghum, corn, and other flours, supermarket shelves now stock gluten-free pasta, cereal, crackers, pretzels, breads, pizza, and more. These options may be gluten-free, but they may not be as healthy in other nutritional areas. Always opt for products that use whole grains and are as simply processed as possible.

After working in communications at IBX for years, I'm no longer surprised to field questions from friends and family about how insurance works or the best ways to manage their health; I enjoy helping people understand how to live a healthier lifestyle. I'm also continually trying to apply that advice to my own home, scheduling exercise into my busy schedule and trying to convince my two young children to expand their food horizons. (Hint: Everything tastes better when in a smoothie.) 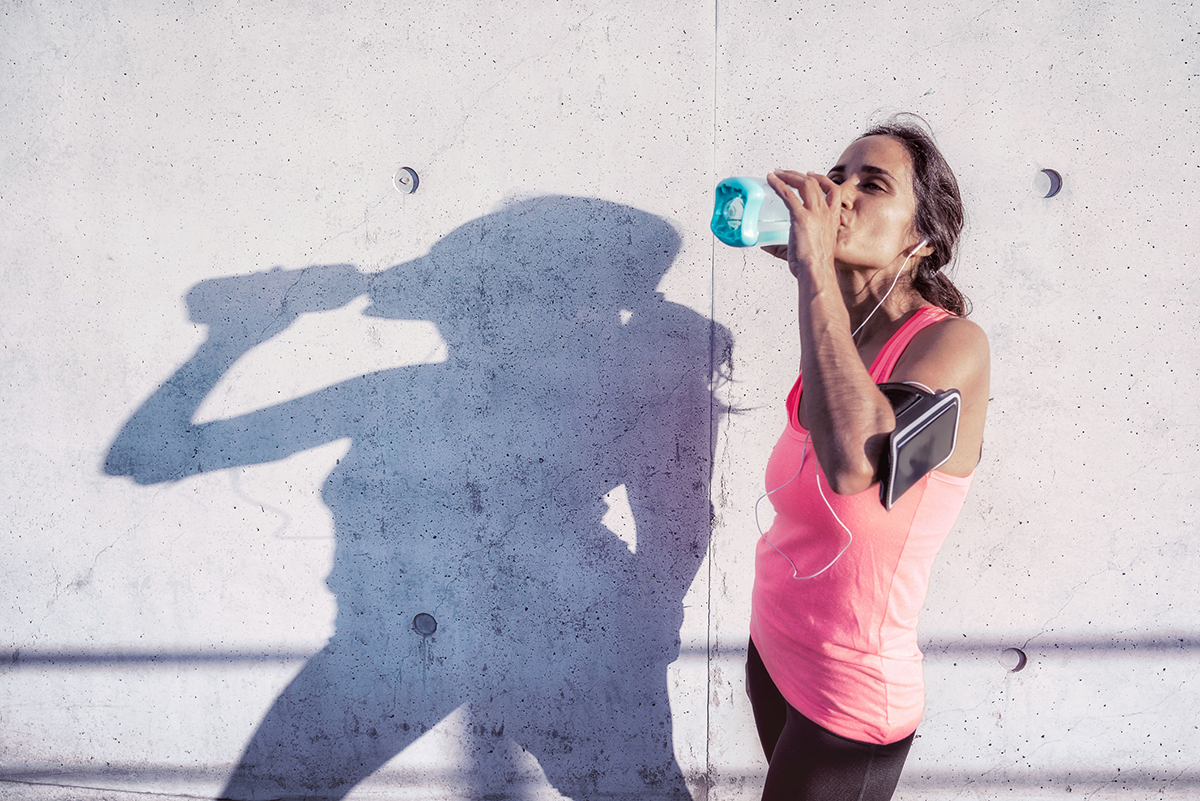 Do This, Not That: Debunking Myths to Make Running More Efficient