By Susan RossmanSeptember 17, 2018Well-being
No Comments 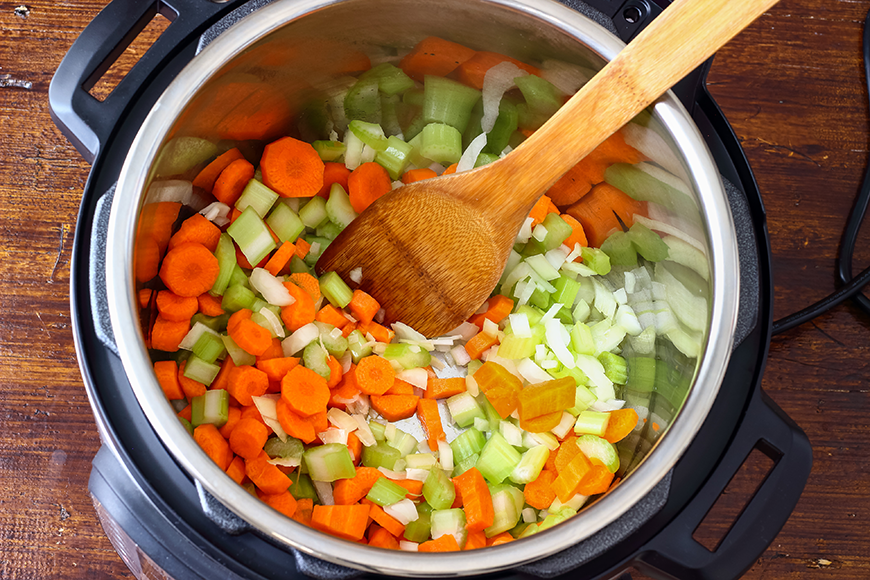 Maybe this isn’t a fair fight, but it’s worth duking it out to see who wins the battle of pressure cooker vs. slow cooker. If you already own a slow cooker, you may have heard about the new and improved pressure cookers that have been flying off shelves and dominating wish lists. The all-in-one electric pressure cookers, also known as multicookers or instant cookers, have created a lot of buzz because they are not only much safer than the old-school pressure cookers of our parents’ generation, but they also tout a long list of extra features, including slow cooking.

If you’re wondering what all the excitement is about, then take a seat and see who comes out on top with this pressure cooker vs. slow cooker face-off.

Why cook slowly when you can cook fast? Yes, the idea of prepping a meal in the morning and coming home to a house smelling of smoky chili or spicy tortilla soup sounds delightful. But, in reality, who has the time to wash and chop vegetables, brown meat, and clean up the mess before running out the door? Kudos to you if you prep the night before!

Meals that take four to eight hours in the slow cooker can typically be made in less than an hour with an all-in-one pressure cooker. When I say an hour, I’m being generous because I don’t want you to be misled when you see recipes that require ten minutes in the pressure cooker. Pressure cookers need about ten minutes to warm up and “get up to pressure” before the cook time starts. Plus, many recipes call for a “natural release,” which can be another ten minutes or so before the instant cooker releases steam and you can open the lid. But it’s still much faster than a slow cooker and doesn’t require as much planning.

This one’s a no brainer. A slow cooker is meant to do one thing — cook slowly — which is wonderful for simmering soups, tenderizing meats, and even stewing cinnamon apples.

But multicookers are meant to multi-task. Depending on the model, they can sauté, steam, slow cook, pressure cook, warm, cook rice, make yogurt, and even do the dishes. Alright, you have to do your own dishes. But you have to admit — the pressure cooker has an impressive list of skills and it can limit the number of dishes you have to wash.

Before, you may have seared meat or sautéed onions in a frying pan, then added it to your slow cooker. With a pressure cooker, you can sear and sauté right in the pot, then press a button, close the lid, and start pressure cooking! You can hard-boil eggs and make soups without having to worry about anything burning or boiling over. Chicken and other meats are cooked to juicy perfection, without a thermometer or the risk of drying out. Plus, you can even cook big batches of your favorite grain for breakfast.

This is where the pressure cooker vs. slow cooker battle heats up, and where the slow cooker has an advantage. When it comes to using a slow cooker, it doesn’t get much easier. Add your ingredients, set your time, and choose low or high heat — that’s about it.

But pressure cookers can be intimidating with all their bells and whistles. I can’t tell you how many people let their pressure cookers sit in its packaging for weeks or only use them for slow cooking because they’re afraid to dive in. Check out the manual, watch a few tutorial videos, and you’ll be set. The first recipe I made was chicken, and I thought for sure it would be under- or overcooked. Magically, it turned out tender and juicy! Here are some easy pressure cooker recipes for beginners.

When it comes to taste, slow cookers work well with tough meats like corned beef, chuck roast, and pork shoulder. But I find chicken gets dried out too easily, and I won’t risk it. Chilis and soups are fine, but again, I worry about recipes that are not tried and true. Who wants to end up with 12 servings of something that’s inedible?

With the pressure cooker, I don’t think twice about throwing in chicken with a jar of salsa or some hot sauce, and just about anything else for that matter. I try to use my pressure cooker at least a couple times a week and I can only think of one or two recipes that disappointed me (but I still ate them, mind you).

While it looks like the pressure cooker won the fight, both appliances are useful. And unless your slow cooker breaks, there’s no sense in throwing it out. Slow cookers are still good at slow cooking, and sometimes that’s all you need. Plus, they’re handy to have when you’re throwing a party or need to cook especially large amounts of food. But I can’t get over how useful it is to have an all-in-one pressure cooker to multi-task and speed up meal time when I need it most.

If you’re looking for tips to make meal time simpler and healthier, read Take the Mystery out of Meal Planning.

Does writing count as exercise? Then my fingers are in great shape! As a senior copywriter at IBX, I've learned a lot about how health insurance works and how it can help me stay healthy. My goal is to share this knowledge with others in a fun and engaging way.